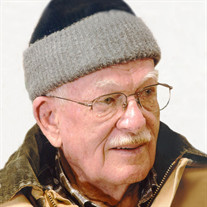 Arnold "Arnie" Sieg RACINE - Arnold "Arnie" Sieg, 81, passed away peacefully on October 31, 2019 at Hospice House-Hospice Alliance in Pleasant Prairie. He was born on November 1, 1937 in Alma Center, WI, the son of Oliver and Olga (nee: Magnussen) Sieg. Arnie attended high school in Fairchild, WI, graduating in 1955. Soon after that, he joined the United States Air Force for a four year tour of duty. While serving in Air Force Intelligence he saw many countries in South East Asia and finished his tour in Savannah, Georgia. In 1960 he was united in marriage to the love of his life, Cheryl Gillingham. Together they started a long and prosperous career in landscaping, retiring in 2002. After retiring Arnie spent much of his time in his woodworking shop, making anything from small craft items to furniture for family and friends. Prior to retiring Arnie ran his own company until 1975 when he sold his company to The Bruce Company of Wisconsin. He was named Vice President in 1981 and served in that capacity for the rest of his landscaping career. At the time of his retirement The Bruce Company was employing over 400 persons, with offices in Middleton, Milwaukee and Racine, providing their customers with landscaping and landscape maintenance services. In addition the company maintained a large retail center in Middleton, a nursery in Verona and also built golf courses nationwide. He is survived by his wife of 59 years, Cheryl, daughter, Diana (Russ) Fanning of Union Grove, son Donald (Kate) Sieg of Union Grove and four granddaughters, Caitlin and Taryn Fanning and Sedona and Daphne Sieg, and one brother, David (Susie) of Madison, WI. Family was always the most important aspect of Arnie's life and he enjoyed his children and grandchildren more than anything. He was an active member of the Franksville United Methodist Church (now known as Faithbridge). In 2006 he served as chairman of the Building Committee when a two million dollar addition was added to the church. His other notable achievements included: being a licensed private pilot, licensed real estate broker and licensed auctioneer. He served as president of Wisconsin Landscape Contractors Association two terms: served on the board of directors of the Wisconsin Turfgrass Association two terms and served on the board of directors of the Associated Landscape Contractors of America, a national association. In November of 2002, Lawn and Landscape, a national trade magazine named Arnie one of the most influential persons in the green industry in the United States. He was inducted into Wisconsin Landscape Federation Hall of Fame in 1997. He served on Horticulture/Aboriculture Advisory Committee at Milwaukee Area Technical College to develop curriculum. Funeral services will be held on Tuesday, November 5, 2019 at Faithbridge United Methodist Church Franksville Campus at 11 a.m. with Rev. John Fleming officiating. There will be a visitation at the church on Tuesday, before services from 9:30 a.m. until time of service at 11 a.m. Arnie will be laid to rest at West Lawn Memorial Park with military honors. The family would like to extend a heartfelt thank you to the wonderful staff from Hospice Alliance of Pleasant Prairie.

The family of Arnold "Arnie" Sieg created this Life Tributes page to make it easy to share your memories.

Send flowers to the Sieg family.