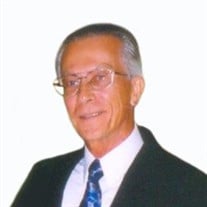 RACINE- Glenn Lee Hickson, 81, passed away on Friday, August 20, 2021 at Wisconsin Veterans Home-Boland Hall, with his wife by his side. Glenn was born on June 12, 1940 to Allen and Rita (nee:Brassette) Hickson in Cottonport, LA. Glenn graduated from Thomas Jefferson High School in Port Arthur, TX; a year ahead of the great Janis Joplin. He then went on to graduate from Parkside with a Business Degree. He proudly served his country in the United States Army from 1960 to 1969 during the Vietnam war and served 12 years in the National Guard, ending his military career as a Major. Glenn was employed at Walker Manufacturing Company for 27 years. He was united in marriage to Karen Johnson-Dygon on September 12, 2004 in Door County. Glenn was a member of the Artists Gallery as a photographer and watercolor artist and a member of the Camera Club. He was proud to have had a painting accepted into the Watercolor Wisconsin 2012 art show at Wustum Museum. Glenn was a master gardener and took great joy in volunteering at the Community Garden and at the River Bend Nature Center. He also enjoyed just spending quiet times at home with Karen and the cats, cooking dinner together, watching old movies, Packer and Brewer games, and going for long walks around the neighborhood. After surgery for a spinal tumor, Glenn spent the last three years of his life as a paraplegic; but his spirit never wavered as he remained committed to finding pleasure and meaning in each day that was given to him. Glenn will be missed by his wife, Karen; daughters, Katherine Hickson and Helaine Hickson; step-daughter, Carrie (Paul); grandchildren, Hillary and Jacob; step-grandchildren, Jaxson and Marion; brothers, Robert and Tim; sisters, Janice and Annie; sister-in-law, Heidi Johnson and brother-in-law, Mark Johnson. He is further survived by nieces, nephews, other relatives and friends. Glenn was preceded in death by his parents; brothers, Royce and John; step-son, Michael and his father-in-law and mother-in-law, Russ and Emmy Johnson In keeping with Glenn's wishes, no services will be held. He will be laid to rest at Southern Wisconsin Veterans Memorial Cemetery. If you would like to remember Glenn in a special way, memorials may be made to the Wisconsin Veterans Home-Activities Department or Feeding America. The family would like to give a special thank you to the caregivers at Boland Hall: Lu, Charlotte, Tasha, Lacey, Heather, Chris, Irene, Wendy, Ireland, Jake and Steve; Aurora at Home Hospice staff: Lisa, Nick and Lindsey for all of their compassion and care; also Dr. Ansani at Ascension for his care during Glenn's final hospitalization in July.

RACINE- Glenn Lee Hickson, 81, passed away on Friday, August 20, 2021 at Wisconsin Veterans Home-Boland Hall, with his wife by his side. Glenn was born on June 12, 1940 to Allen and Rita (nee:Brassette) Hickson in Cottonport, LA. Glenn graduated... View Obituary & Service Information

The family of Glenn Lee Hickson created this Life Tributes page to make it easy to share your memories.

Send flowers to the Hickson family.