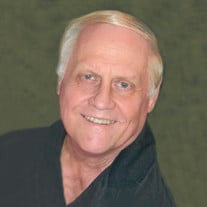 Racine – Lee Merrill Mulder, 71, went home to be with the Lord on Sunday, October 7, 2018 at his residence. Lee was born in Racine, WI on November 29, 1946 to Merrill and Jeanne (nee: Haumersen) Mulder. He attended Roosevelt Elementary, Washington Junior High and Horlick High School (class of 1964). He attended Wheaton College and upon graduation started working as an elementary school teacher for the Racine Unified School District until his retirement in 2009. He taught 4th and 5th grade at Giese and 4th grade at Olympia Brown. Lee joined the United States Army Reserve in 1969. He was the head cook for the Racine Armored Division and rose to the rank of Master Sergeant until his honorable discharge in 1990. Lee met his wife-to-be, Karen Petersen, at Racine Bible Church where their families attended. They married on July 7, 1973. As a member of Racine Bible he served as a Sunday School teacher and coordinator. He was heavily involved with the music ministry, writing and directing programs and singing in the choir for many years. He loved reading and he especially loved the Green Bay Packers. He was a passionate antique clock collector. Lee often expressed how God blessed, guided, and directed him along his life’s journey. As an educator, he deeply cared for his students because he believed teaching was not just a job but his calling. God’s greatest gifts to him were his loving wife of 45 years, his beloved daughter and three precious grandchildren. Lee is survived by his wife Karen, his daughter Rebecca (Jonathan) Krentel and his grandchildren Lara, Gretchen and Anders all of Vienna, VA. He is also survived by his siblings Carol (Howard) Brumback of Racine, John (Lynn) Mulder of Colorado Springs, CO, Anne (John) Ward of North Branch, MN, and Kaye Mulder of Minneapolis, MN; brother-in-law Dwight (Suzanne) Petersen of Princeton, MN, brother-in-law Jonathan (Beth) Petersen of Grand Rapids, MI and many beloved nieces and nephews. He was preceded in death by his parents. A memorial service in honor of Lee will be held at Racine Bible Church, 12505 Spring Street, Sturtevant on Monday, October 15 at 4:30 p.m. with Pastor Spencer DeBurgh officiating. Relatives and friends may meet with the family from 3:00 p.m. until 4:30 p.m. service time. Private interment will be at Southern Wisconsin Veterans Memorial Cemetery. Memorials may be directed to the Music Ministry at Racine Bible Church.

Racine &#8211; Lee Merrill Mulder, 71, went home to be with the Lord on Sunday, October 7, 2018 at his residence. Lee was born in Racine, WI on November 29, 1946 to Merrill and Jeanne (nee: Haumersen) Mulder. He attended Roosevelt Elementary,... View Obituary & Service Information

The family of Lee Merrill Mulder created this Life Tributes page to make it easy to share your memories.

Send flowers to the Mulder family.