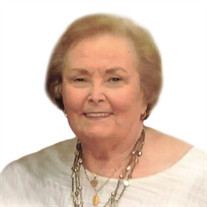 RACINE- Mary E. Hammer, 80, passed away on Tuesday, November 16, 2021 at Ascension All Saints Hospital. She was born on July 24, 1941 to Raymond and Antoinette (nee: Maldari) Nigbor in Berlin, WI. Mary was united in marriage to Anthony “Tony” Hammer on November 23, 1963 in Berlin. She attended St. Mary Springs High School in Fond du Lac and went on to receive her nursing degree at Marian University in Fond du Lac. Mary was a member of the 20 Year Club at S.C. Johnson Wax, President of the Catholic Junior League, and a past member of Roma Lodge. She also volunteered at numerous nursing homes in the activities department and at the American Red Cross. Mary was employed by various hospitals over the years, later working in private nursing. She was also an occupational nurse for S.C. Johnson Wax for over 20 years. Mary was an avid reader and enjoyed playing Bridge, knitting, quilting, sewing, and cooking. Most of all she enjoyed spending time with her family, especially her grandchildren, in particular at the cabin up North. Mary is survived by her husband, Tony; children, Vic (Sara) Hammer, Heidi (Dean Vessell) Hammer, Tonya (Tim) Baumstark, and Micah Hammer; grandchildren, Jenny, Daniel, Mary, Rosemary, Chloe, Bella and Edie; brother, Jim Nigbor. She is further survived by nieces, nephews, other relatives and friends. Mary was preceded in death by her parents, Raymond and Antoinette; brother, Raymond Nigbor; sister, Patti Ogston; grandson, Luke Baumstark. A mass of Christian burial will be held at Sacred Heart Catholic Church on Tuesday, November 23, 2021 at 11:30 a.m. Visitation to be from 10:30 until time of service. Memorials in Mary’s name have been suggested to Memorial Sloan Kettering Cancer Center. Checks can be made out to Memorial Sloan Kettering Cancer Center P O Box 5028 Hagerstown, MD 21741-5028, with notation to Dr. Nai-Kong V Cheung Neuroblastoma Research. https://secure2.convio.net/mskcc/site/TR/GivingPages/LeadershipGiving?px=2016767&pg=personal&fr_id=3636 The family would like to extend a special thank you to the staff at Ascension All Saints for their loving care. Mass will be webcasted live and can be viewed at https://sacredheartracine.com

The family of Mary E. Hammer created this Life Tributes page to make it easy to share your memories.

Send flowers to the Hammer family.