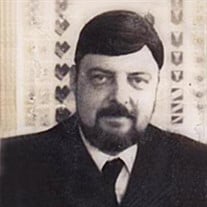 Michal R. Hagar, age 79, passed away at ThedaCare Reginal Medical Center-Neenah, on Wednesday, January 12, 2022. He was born to the late Clifford and Betty (Johnson) Hagar on December 29, 1942, in Racine, WI. After graduating high school, Michael joined the United States Air Force in 1960. He would later transfer into the Navy in 1972 where he stayed until his retirement at the rank of Senior Chief Petty Officer. He married Susan Kroll in the late 1970’s and they were together until her passing. Michael was a collector, and had a wide range of things he collected, from coins to model trains and model cars that he built, as well as DVD’s he would borrow out to his friends. Michael is survived by his sons, Kevin, Eric (Tanya), Thomas (Florenda), and Scott Hagar; daughters, Sheri (Kevin) Sailer, and Shelly Hagar; siblings Tim (Chrisy), Clifford (Chan) Jr, Dennis Hagar, Jackie (Rich) and Mary McGreggor. He is further survived by his 16 grandchildren and 17 great-grandchildren.In addition to his parents, Michael is preceded in death by his wife Susan; ex-wife, Jenette LaFonteese; and his brother-in-law, Harold McGreggor. Memorial service will be held at Sturino Funeral Home on Saturday, April 9, 2022 at 11 a.m. There will be a visitation at the funeral home from 10 a.m. until time of service. Mike will be laid to rest at West Lawn Memorial Park.

The family of Michael R. Hagar created this Life Tributes page to make it easy to share your memories.

Send flowers to the Hagar family.