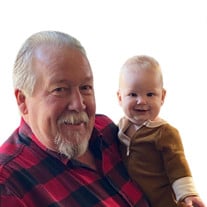 Paul Eric Tobias, age 67, passed away at home on May 16, 2022. Born March 16, 1955, in Indianapolis, IN, Paul was the fifth of seven children of Robert and Trudy Tobias. In 1964, Paul and his family traveled to Europe via ship crossing and spent a memorable six months during his father’s sabbatical in Athens, Greece. Paul and his siblings attended the American School there, built kites and makeshift toys with the local children, and developed a taste for Greek foods and customs. Six blonde children in a Volkswagen bus created quite a local stir, and he often reminisced about those meaningful times together. He graduated from Bradford High School in Kenosha and attended UW Parkside. Paul married Lena Rogers in 1987; their two children Lindsay and Eric were the light of his life. A gifted artist, he forged a long career as a graphic designer. Paul loved the outdoors and was a lifelong sailor; his second family was at Racine Yacht Club, where “PT” was at the center of camaraderie, sailing competition, and logo design. Paul will be remembered for his friendship and racing success aboard his S2 7.9 sailboat, Liaison, including many double-handed races with his son, Eric. Paul could always be found laughing or smiling. He was humble and soft-spoken, a great sportsman, and made many friends wherever he went along the distance race of life. For the past 14 years, Paul enjoyed spending time with his partner Kari Kittermaster. Paul and Kari shared a mutual love of the great outdoors. Trips to Kari’s place on Gloucester Pool, on the Trent Severn Waterway in Ontario, or Stoneridge, Paul’s sister Annie and husband Jim’s camp in northern Wisconsin, were summer favorites. Camp coffee, all forms of boating, and gathering around the campfire with family and friends were just a few of the pleasures that Paul and Kari looked forward to each year. Paul also loved to spend time with his children and grandson, Lowell (1). Paul’s face would light up every time he saw Lowell and he was especially delighted to recently witness Lowell learning to crawl. He is survived by his two children, Eric Tobias of Milwaukee, WI, and Lindsay Tobias (Jordan Nelson) and his grandson Lowell Tobias of Lakewood, OH, along with sisters, Kathryn Tobias of Cheverly, MD, Anne (James) Tobias-Becker of De Pere, WI, and brothers, Jan David (Joy) Tobias of Waynesboro, VA, Mark Tobias (June Bauer) of Franktown, CO, and multiple nieces, nephews, cousins, and a large loving family of friends who will miss him dearly. In addition to his parents, Paul was preceded in death by his infant older sister, Carol Lyn and younger brother Philip James. A private family service will be held Sunday, May 29, followed by a public Celebration of Life at Racine Yacht Club at 3:00 pm. Memorial donations can be made to Big Brothers/Big Sisters of Racine and Kenosha Counties, where Paul enjoyed teaching children from the organization about sailing and brought them out on his boat each summer for a maritime adventure. Donations can be made at beabignow.org.

Paul Eric Tobias, age 67, passed away at home on May 16, 2022. Born March 16, 1955, in Indianapolis, IN, Paul was the fifth of seven children of Robert and Trudy Tobias. In 1964, Paul and his family traveled to Europe via ship crossing and spent... View Obituary & Service Information

The family of Paul Eric Tobias created this Life Tributes page to make it easy to share your memories.

Send flowers to the Tobias family.