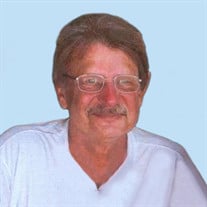 Peter C. Kottal RACINE - Peter C. Kottal, 65, of Racine, WI passed away peacefully at his home on September 12, 2020. Pete was born on January 3, 1955 to the late Charles and Sally (nee: Woitach) Kottal. He graduated from Washington Park High School in 1974. Pete was united in marriage to his best friend and cohort, Crystal Nelson on May 17, 1980. He worked as an engineer at Modine Manufacturing Co, retiring in October 2018, after 43 years becoming the second longest employee of Modine. Pete had a passion for all growing things, landscaping, gardening, and he served as landscape board member of his condo association. Pete and Crystal loved traveling to European countries, especially Italy the most which they both loved. He is survived by his wife of 40 years, Crystal; sister, Anne (Robert) Schuster and Anne's two daughters, Karen and Shelia; sister-in-law, Carla (Chris Peterson) Hanson; nephew, Robert (Kristen Poehlmann) Hanson of New Hope, MN, nieces, Laura (Greg Larson) Hanson of Lake, Villa, IL, Elizabeth (Nate) McIntosh of Milwaukee. Pete is further survived by; aunts, uncles, cousins, many dear co-workers and friends. No funeral will be held at this time of Covid as Crystal believes that condolences are best expressed by physical touch and that can't be offered at this time. In lieu of memorials; please plant a bush, a tree or tend a garden. Pete told Crystal that he would like to have a song played at his funeral, Jackson Browne's song, "Sky Blue and Black”. Give it a listen as he said that it expressed all he would like to tell the world. Crystal's profound thanks go to her sister Carla for her unfailing support, energy and love. Also to the residents of the Hidden Creek Condominiums, a place of thoughtfully kind and supportive neighbors, they have done so much for Pete and Crystal.

The family of Peter C. Kottal created this Life Tributes page to make it easy to share your memories.

Send flowers to the Kottal family.