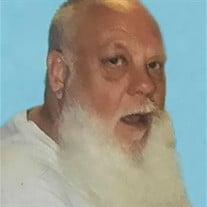 Randy E. Pie RACINE - Randy E. Pie, 59, passed away on Tuesday, January 15, 2019 at his residence. He was born in Racine on August 4, 1959, the son of Clifford and Jeanne (nee: Shannon) Pie. Randy was a 1977 graduate of Wm Horlick High School. He was a member of FaithBridge Church – Downtown Campus, and Local 139 Operating Engineers. Randy enjoyed working with his hands. He loved music, especially The Doors, going to the movies, and spending time with his family. Surviving are his children, Ariell, Andrew, and Sandra Pie; grandchildren, Liam, Daniel, and Alina, mother, Jeanne Pie; brothers, Jeffrey Pie and Scott (Terry) Pie, the mother of his children, Yolanda (nee: Vern) Kopecky. He is further survived by nieces, nephews, other relatives and friends. Randy was preceded in death by his father, Clifford on April 13, 1998. Memorial services will be held at Sturino Funeral Home on Monday, January 28, 2019 at 11 a.m. There will be a visitation at the funeral home from 10 a.m. until time of service. Memorials in Randy's honor may be directed to St. Jude's Children's Hospital, if one so wishes.

The family of Randy E. Pie created this Life Tributes page to make it easy to share your memories.

Send flowers to the Pie family.