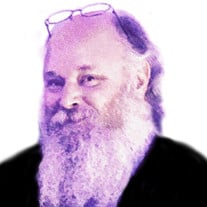 Robert 'Majik' S. Maciejewski KENOSHA - Robert S. Maciejewski, 58, passed away on Wednesday, September 4, 2019 at Ascension All Saints Hospital. He was born in Hamtramck, MI on August 3, 1961, the son of Robert J. and Mabel (nee: Sobolewski) Maciejewski. Bob was a graduate of St. Ladislaus High School in Hamtramck. He earned his Bachelor's Degree in Criminal Justice from Wayne State University in Detroit, MI, then was commissioned as an Officer in the United States Army. On June 22, 1985, he was united in marriage to Jamie Jamison in Clarksville, TN. Robert worked for the Racine Police Department for 22 years, retiring in 2012 as Sergeant. Bob enjoyed his motorcycle, and watching NASCAR and Jeopardy! He knew a lot about trains, planes, and ships, and would often comment on them when he saw them, extending his knowledge to others, and wondering where they were going and why. Above all else, his greatest love was spending time with his grandchildren, whom he adored. Surviving are his wife, Jamie; children, Adam (Amelia) Maciejewski, Anna (Christopher) Stewart, and Troy (Jamie) Jamison; grandchildren, Michael, Samantha, Tinsley, Amree, Molly, Haley, Zak, and Zoey, father, Robert J., brother, Peter Maciejewski; sisters, Roberta (Paul) Janas, Kathi Maciejewski, and Lee Manzo. He is further survived by nieces, nephews, other relatives and friends. Robert was preceded in death by his mother, Mabel, and his brother, Mike Maciejewski. Mass of Christian Burial for Bob will take place at St. Therese Catholic Church, 2020 91st St. Kenosha, WI 53143, on Wednesday, September 11, 2019 at 1 p.m. Visitation will take place at Sturino Funeral Home on Tuesday, September 10, 2019 from 2 p.m. to 6 p.m., and again on Wednesday at church from 12 p.m. until the time of Mass. Bob’s family would like to thank the Racine Police Department for their dedicated support of him, the inpatient rehab Unit, the ICU staff, and Dr. Michael P. Owen at Ascension All - Saints for their compassionate and wonderful care.

The family of Robert "Majik" S. Maciejewski created this Life Tributes page to make it easy to share your memories.

Send flowers to the Maciejewski family.