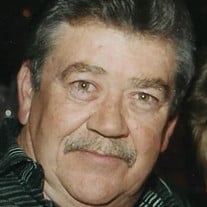 Timothy Gerald Fechner, LeRoy, MN- age 71, died Sunday, June 2, 2019. Tim was born in Kenosha, Wisconsin to Gilbert and Dorothy Fechner on November 10, 1947. The oldest of five children. He graduated in 1965, from Bradford High School. Tim was a graduate of Kenosha Technical Institute “Class of 1967” with a marketing degree. Upon graduation he was drafted in the United States Army. After the Army his career was a furniture salesman which he enjoyed. On December 7, 1974, he was united in marriage to Shirley Diane Alden at The United Lutheran Church in Chester, IA and to this union two sons; Timothy Duane and Matthew Duane were born. Tim loved sports. He loved to golf, fish, but the time he cherished the most was with his grandchildren. Maverick was his buddy, Annie his princess, and Tyler is board game champ. Tim is survived by his wife Shirley Diane of LeRoy, sons: Timothy D, Matthew D. (Karissa Seeley), grandchildren: Tyler Murray, Maverick Fechner, and Anna Mae Fechner, brother, Randy, sisters: Romayne, Marilyn and Sally, and mother-in-law Shirley Alden. He was preceded in death by his parents, and father-in-law Melvin Alden. Condolences may be left at www.Hindtfuneralhomes.com or www.sturinofuneralhome.com

The family of Timothy Gerald Fechner created this Life Tributes page to make it easy to share your memories.

Send flowers to the Fechner family.