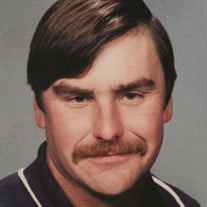 William “Bill” Oakes RACINE-William “Bill” Oakes, 61, passed away peacefully at Aurora Hospital, Kenosha on January 20, 2019. He was born in Racine on March 6, 1957 the son of Allan W. and Anita (Hart) Oakes. Bill was a graduate of Washington Park High School “Class of 1976”. He was a longtime member of Teamsters Union Local 43. Bill was employed as a truck driver with A.W. Oakes for 16 years. He was an avid hunter, enjoyed fishing, snowmobiling, motorcycles and was a faithful Green Bay Packer fan. Bill is survived by his children, Nicole (David) Maggio of Roscoe, IL, Samantha Rivers, William Oakes and Tricia Bernhardt all of Racine. He is further survived by nine grandchildren, Jordan, Jeffrey, Jessica, Julianna, Bradley, Ethan, Adelynn, Logan and William. In addition, Bill is also survived by his siblings, Theresa Bealhen, Kathy (Bruce) Hess, Allan J. (Kathy) Oakes, his former wife, Debra Oakes, nieces, nephews, other relatives and many dear friends. Bill was preceded in death by one brother Steven Oakes. Funeral services will be held for Bill at Sturino Funeral Home on Friday January 25, 2019 at 7 p.m. Visitation will be from 4:30 p.m. until service time at 7 p.m. He will be laid to rest in a private ceremony at West Lawn Memorial Park.

The family of William "Bill" Oakes created this Life Tributes page to make it easy to share your memories.

Send flowers to the Oakes family.